Autism is a complex developmental disability that typically appears during the first three years of life and affects a person’s ability to communicate and interact with others. Autism is defined by a certain set of behaviors and is a "spectrum disorder" that affects individuals differently and to varying degrees. There is no known single cause for autism, but increased awareness and funding can help families today.
In December 2009, the Centers for Disease Control and Prevention issued their ADDM autism prevalence report. The report concluded that the prevalence of autism had risen to 1 in every 110 births in the United States and almost 1 in 70 boys. The issuance of this report caused a media uproar, but the news was not a surprise to the Autism Society or to the 1.5 million Americans living with the effects of autism spectrum disorder. Nonetheless, the spotlight shown on autism as a result of the prevalence increase opens opportunities for the nation to consider how to serve these families facing a lifetime of supports for their children.
Currently, the Autism Society estimates that the lifetime cost of caring for a child with autism ranges from $3.5 million to $5 million, and that the United States is facing almost $90 billion annually in costs for autism (this figure includes research, insurance costs and non-covered expenses, Medicaid waivers for autism, educational spending, housing, transportation, employment, in addition to related therapeutic services and caregiver costs).

Autism is treatable. Children do not "outgrow" autism, but studies show that early diagnosis and intervention lead to significantly improved outcomes.

Here are some signs to look for in the children in your life:

This is a condition well known to many on the Createability Team. 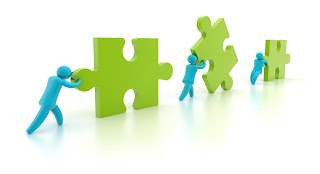 Treasuries of the Createability Team